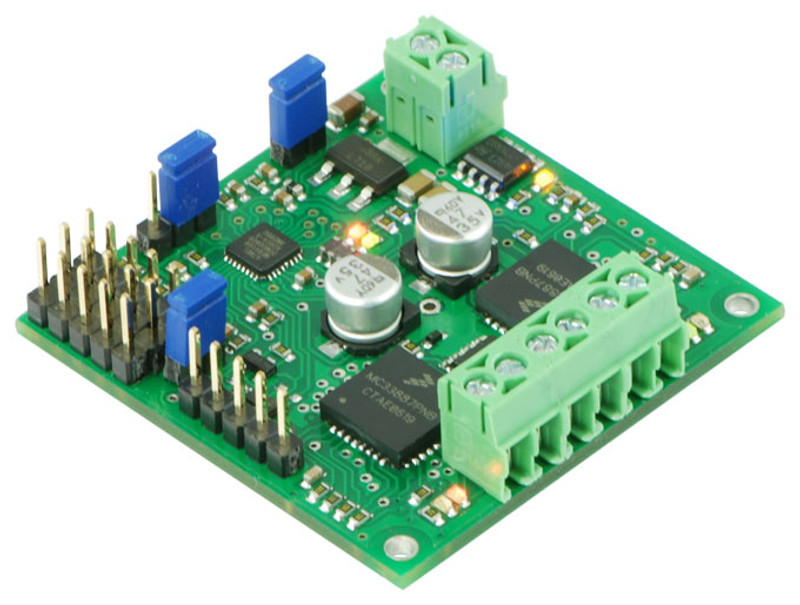 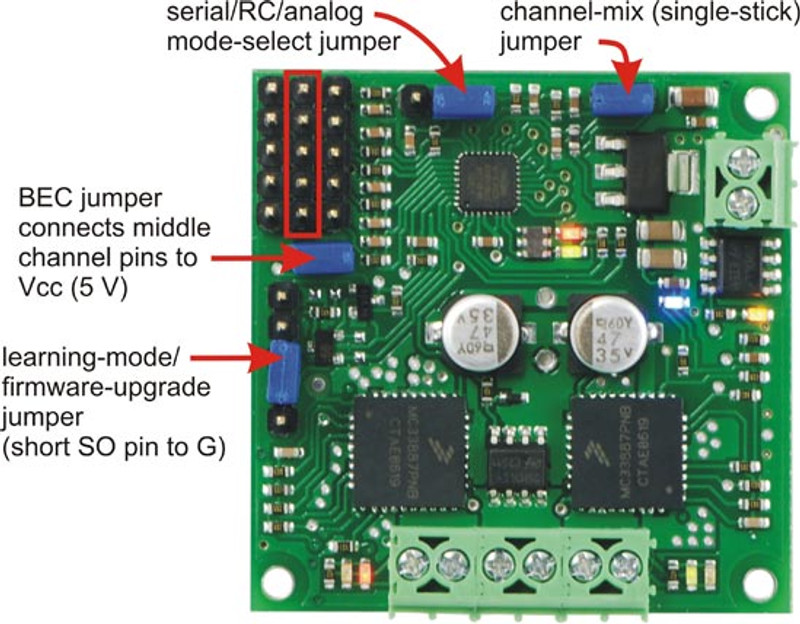 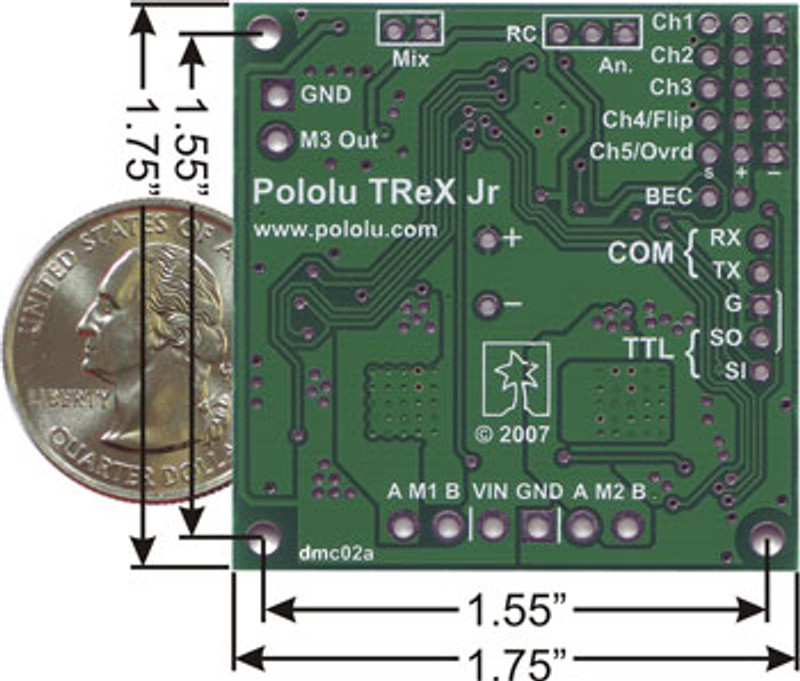 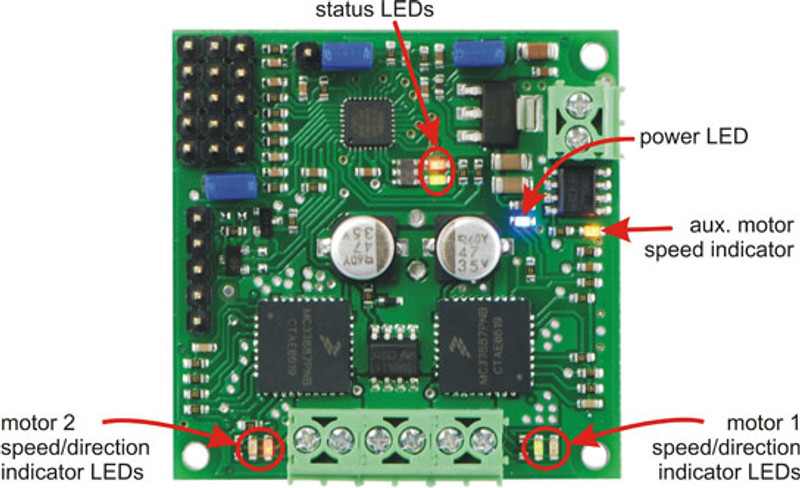 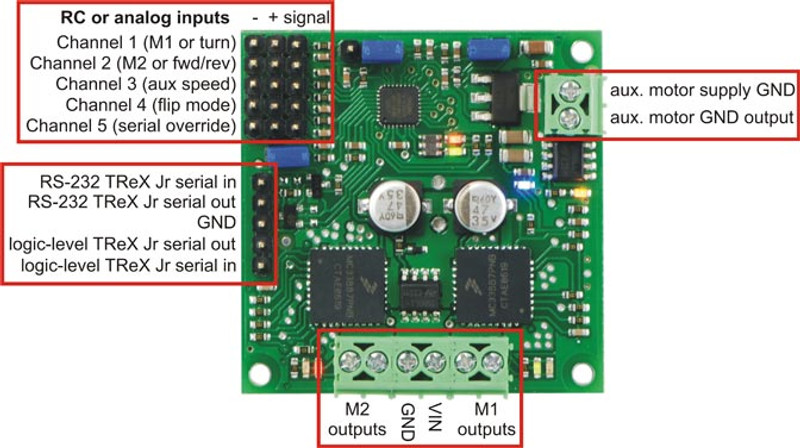 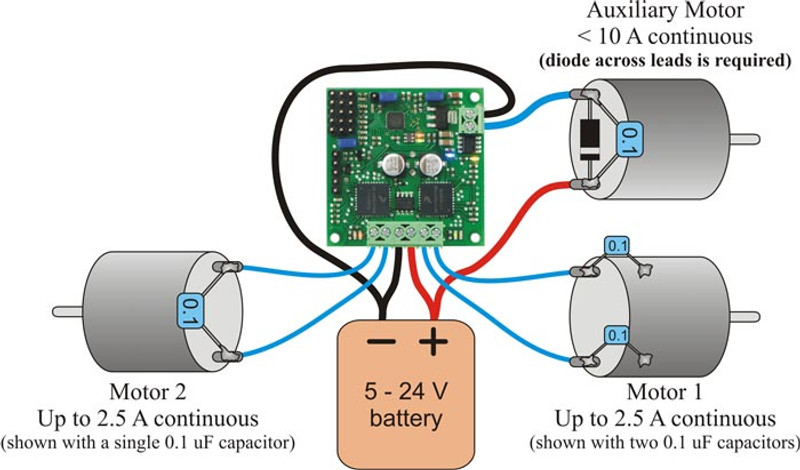 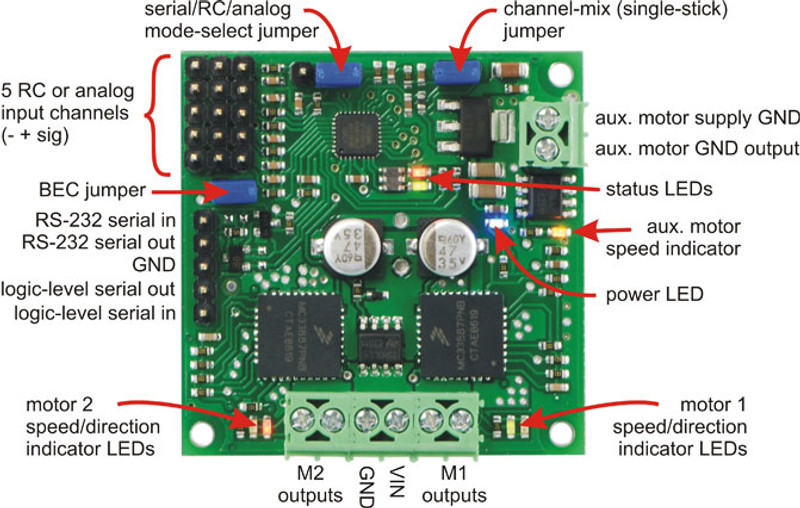 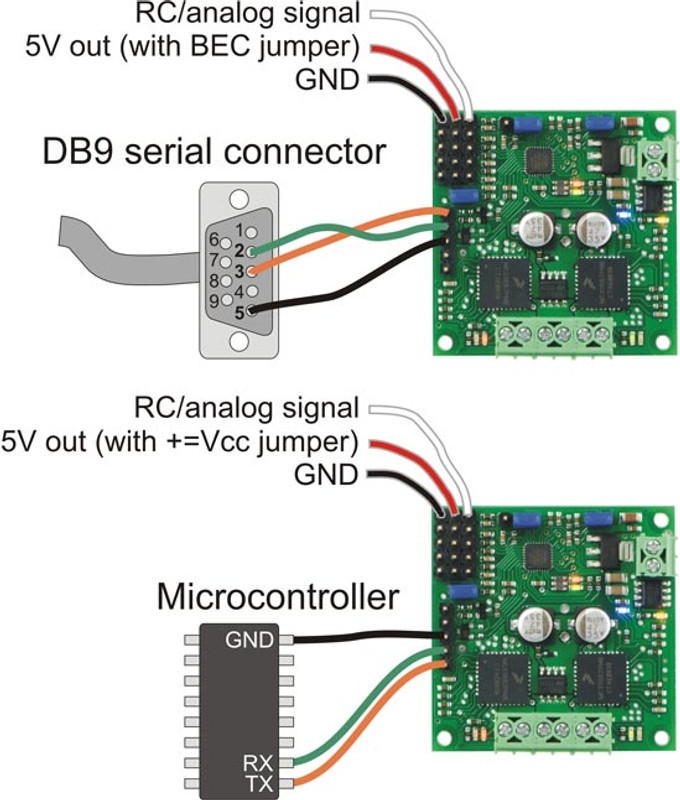 The TReX Jr Dual Motor Controller, a lower-power version of the TReX Dual Motor Controller, is a versatile DC motor controller designed to seamlessly blend autonomous and human control of small robots. The TReX Jr can control two bidirectional and one unidirectional motor via multiple independent control interfaces: radio control (RC) servo pulses, analog voltage, and asynchronous serial (RS-232 or TTL). Using the compact MC33887 motor driver allows for a single-board design that reduces cost while maintaining a small package. As an added benefit, the use of the MC33887 motor driver allows operation to 24V.

The serial interface can switch instantly with one of the other two interfaces, allowing mixed autonomous and remote control. For example, a robot could be configured to run autonomously most of the time, but a human operator could override the autonomous function if the robot gets stuck or into a dangerous situation. If the serial mode is selected as the primary interface, high-resolution measurements of all five channel input signals (be they RC pulses or analog voltages) are made available to the autonomous robot controller, allowing for complex and unlimited mixing of operator control and sensor input.

Options accessible through the serial interface