The Actobotics® Dual Motor Controller provides a compact solution for controlling 2 brushed DC motors. The small footprint of the controller fits down inside the channel and the mounting holes perfectly align with the hub pattern which perforates the Actobotics® building system. This controller has 4 selectable modes. 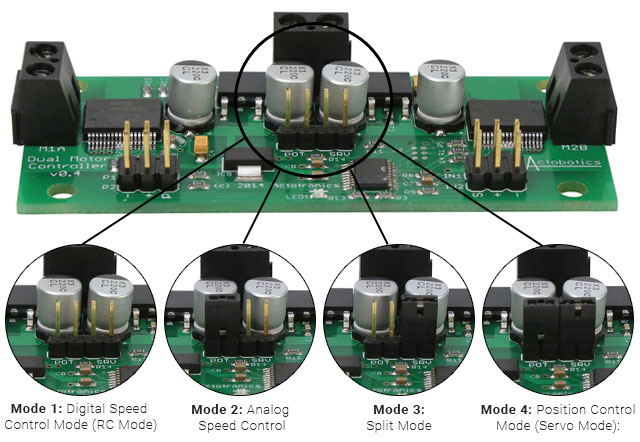