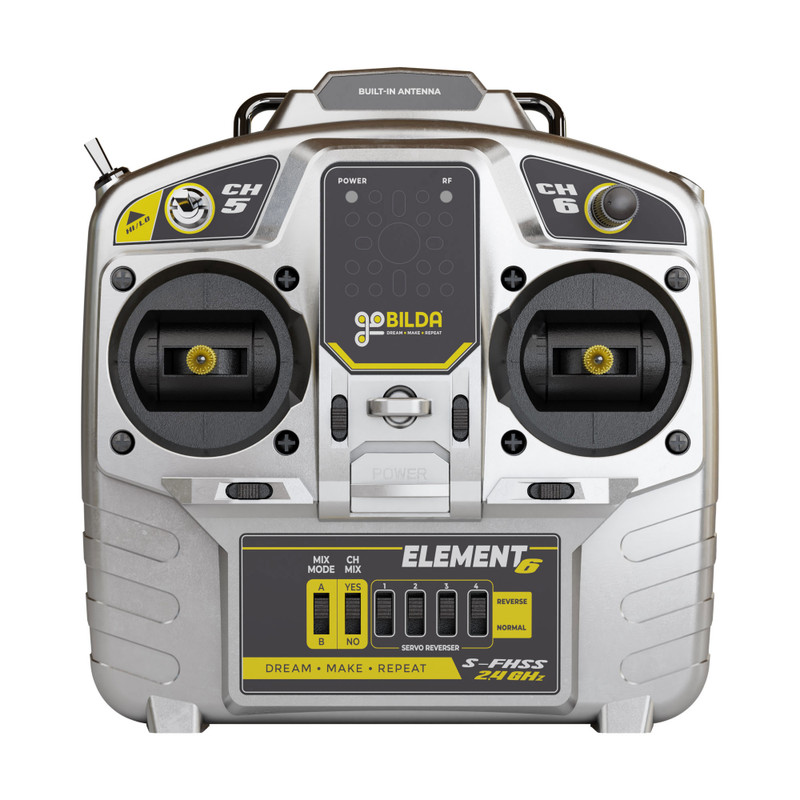 The goBILDA Element 6 Radio Control System has 6 channels to control your project from afar.  Channels 1-4 provide proportional control from the gimbals (joysticks). Built-in channel mixing and reversing allows you to easily configure this radio system to control a robot chassis to your liking.   The fifth channel is a switch to send three pre-established signals which can be used to control lights, switches, relays or a servo that you want to send to three specific positions. Channel 6 is a proportional knob, useful to dial-in and stay at a particular brightness, speed, or position.

This radio system operates at 2.4GHz, and the transmitter is setup as “Mode 2”. The mode refers to the physical setup of the gimbals. In Mode 2, the left gimbal’s Y (vertical) axis stays where you set it, while the right gimbal’s Y axis returns to center when released.

These products have been hand curated by our R&D team. We have selected products that are directly compatible with or very relevant to the 3113-2006-0001.