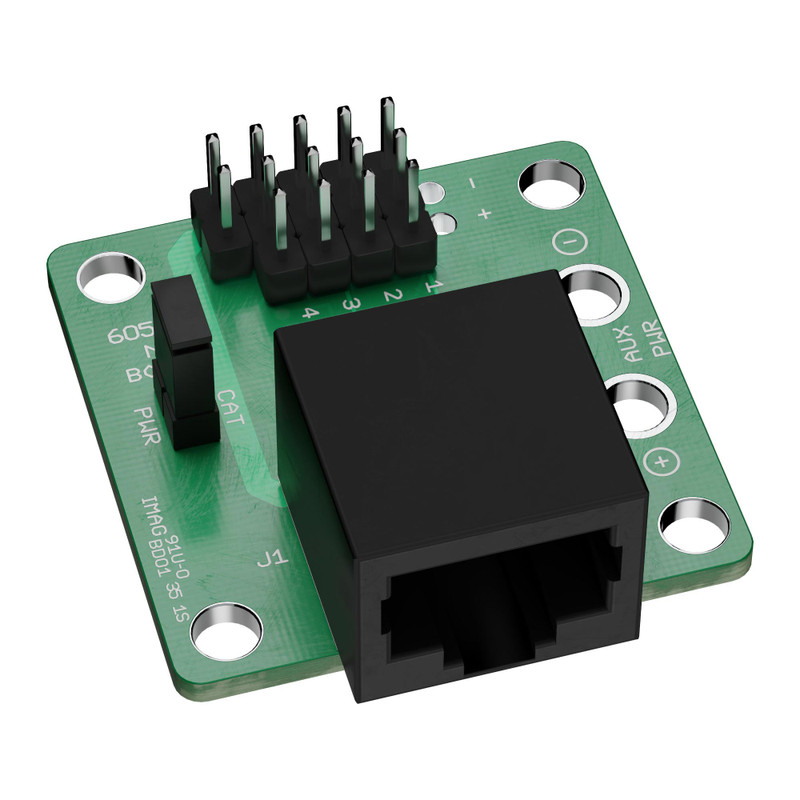 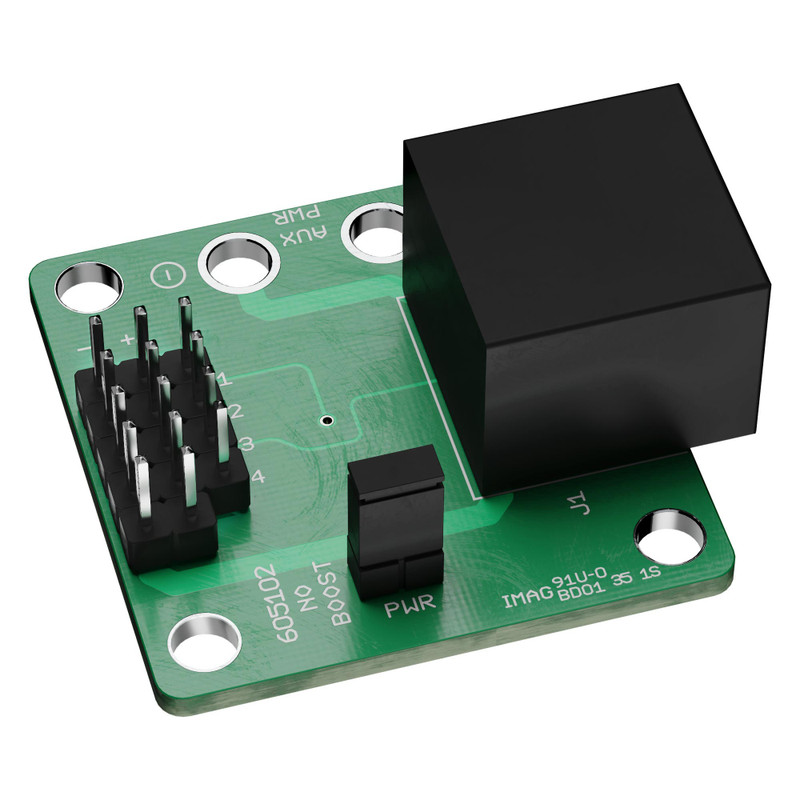 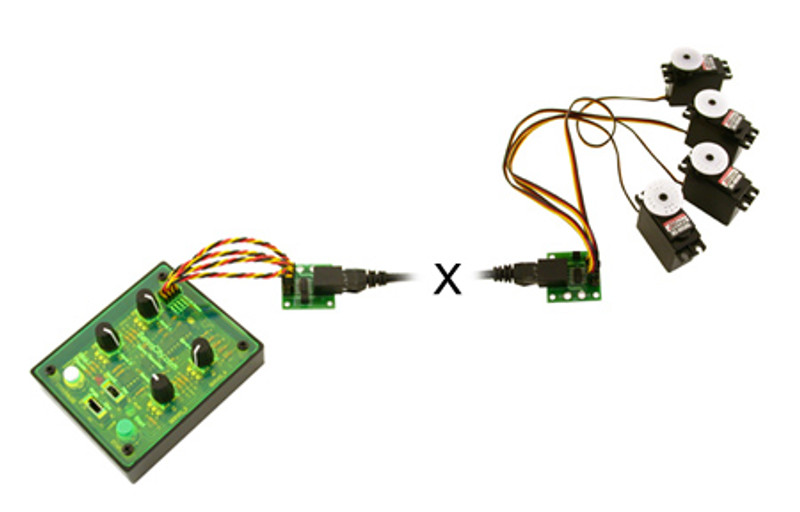 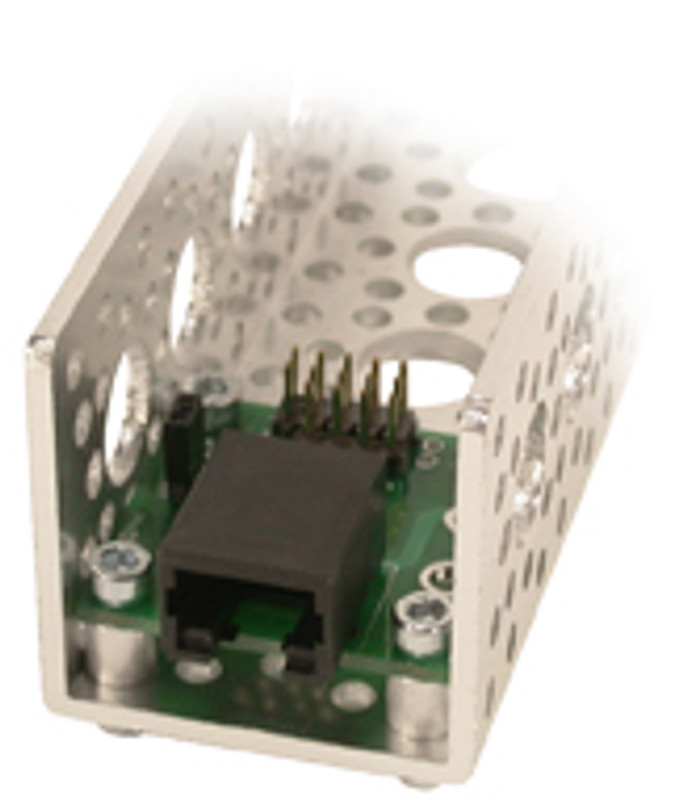 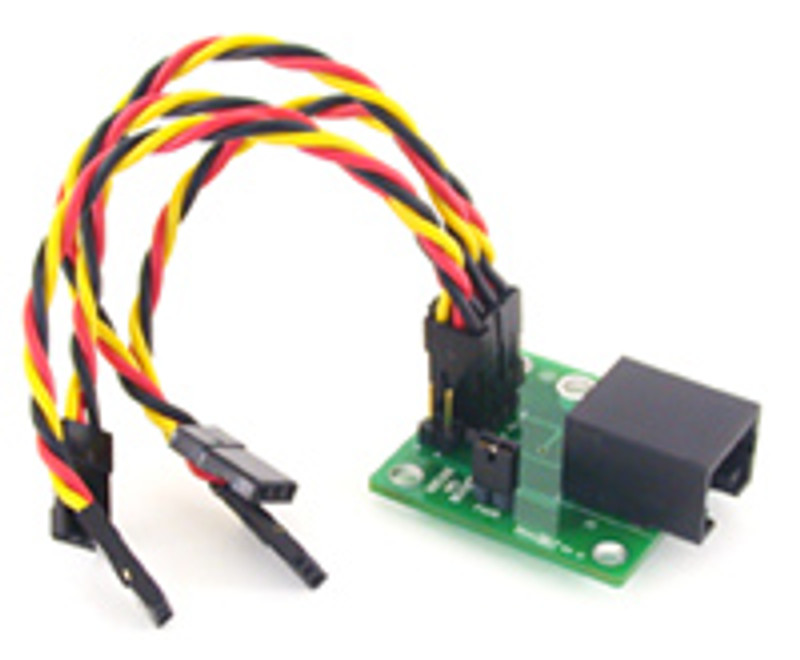 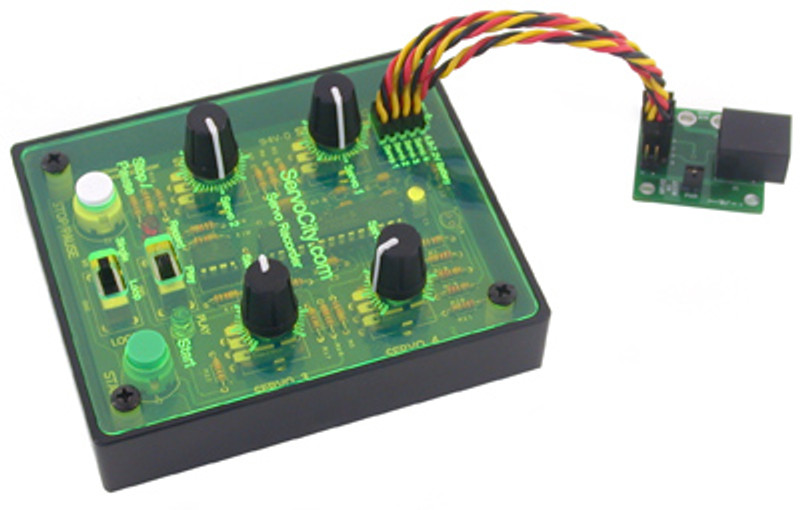 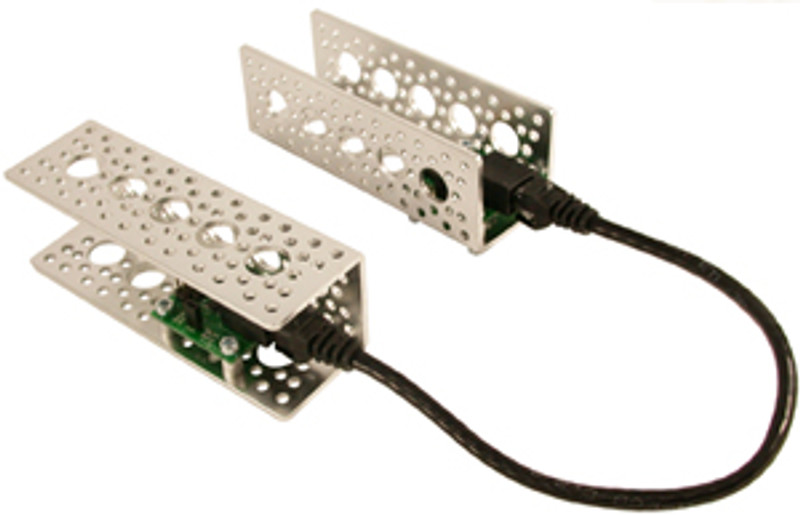 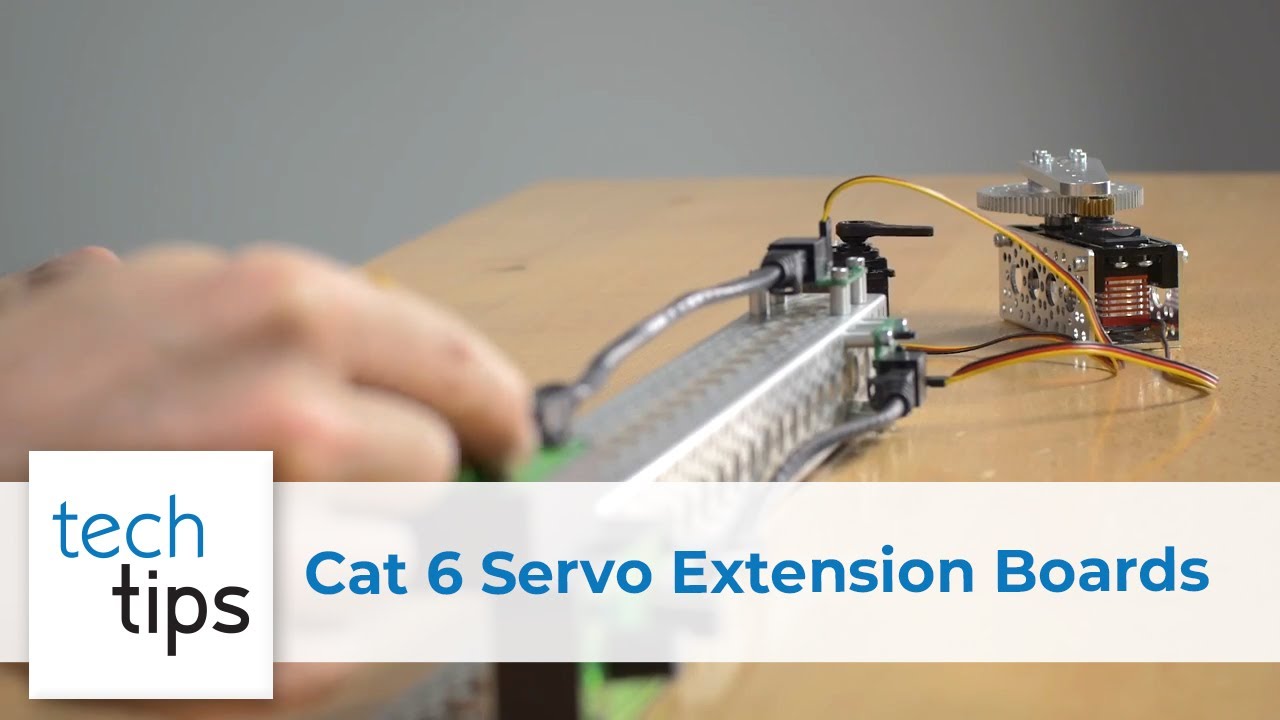 Our CAT6 boards offer a clean and simple way to extend servo wires using a CAT6 cable. They allow the user to plug up to four servos into the row pins - the servo wires will be extended through a single CAT6 cable and then converted back into servo pin-outs in order to plug into any standard servo controller.  The CAT6 Sending Board (#605102) contains servo pinouts which allow the user to connect it to the servo controller using male-male servo extensions (sold separately). The CAT6 cable will plug into the sending board and carry the signal to the Receiving Board (#605103). The CAT6 Receiving Board has a signal boosting chip which will boost the signal prior to sending it on to the servos. This chip insures that even at 100’ away from the controller, the servos run flawlessly! The gold plated CAT6 connectors ensure that there is very little resistance between the controller and the servos. Both the sending and the receiving board contain jumper pins which can be removed in order to isolate power between the controller and the servos. Each board has spare row pins and solder pads in order to accept a power input. The cables and adaptors can replace multiple standard servo extensions to provide a clean and efficient way to wire up your robot, pan and tilt, or any other project that requires extending the wires between the controller and the servo. Extensions, CAT6 cable, and servos not included.

These products have been hand curated by our R&D team. We have selected products that are directly compatible with or very relevant to the 605102.